… at the Dawn of Humanity (S.D.S.) is Canada’s leading research partnership interested in the science of hominid evolutionary ecology.
Previous
Next

S.D.S. is a multidisciplinary assessment of ancient environments and ecosystems, diet, subsistence, and technological stability and change. We investigate how changing paleoenvironmental conditions influenced hominid dietary behaviour and stone tool technology development and use, and how these factors act as key drivers in human evolutionary research. Our project is interested in the interconnections among water availability, plant cover, food ways, technology, and the strategic settlement across the African landscape that paved the way to humanity.

We are a collaboration of nine institutions from four countries on three continents. The partnership extends across disciplines to include archaeologists, paleoanthropologists, museologists, social and environmental scientists, geoscientists, biologists, and conservationists.

"The mix of research topics is truly compelling, because we’re covering the technology, the climate, the diet, the plant life, and the human realities. That mix is important. This is the sort of effort that no single team of researchers could achieve on its own." 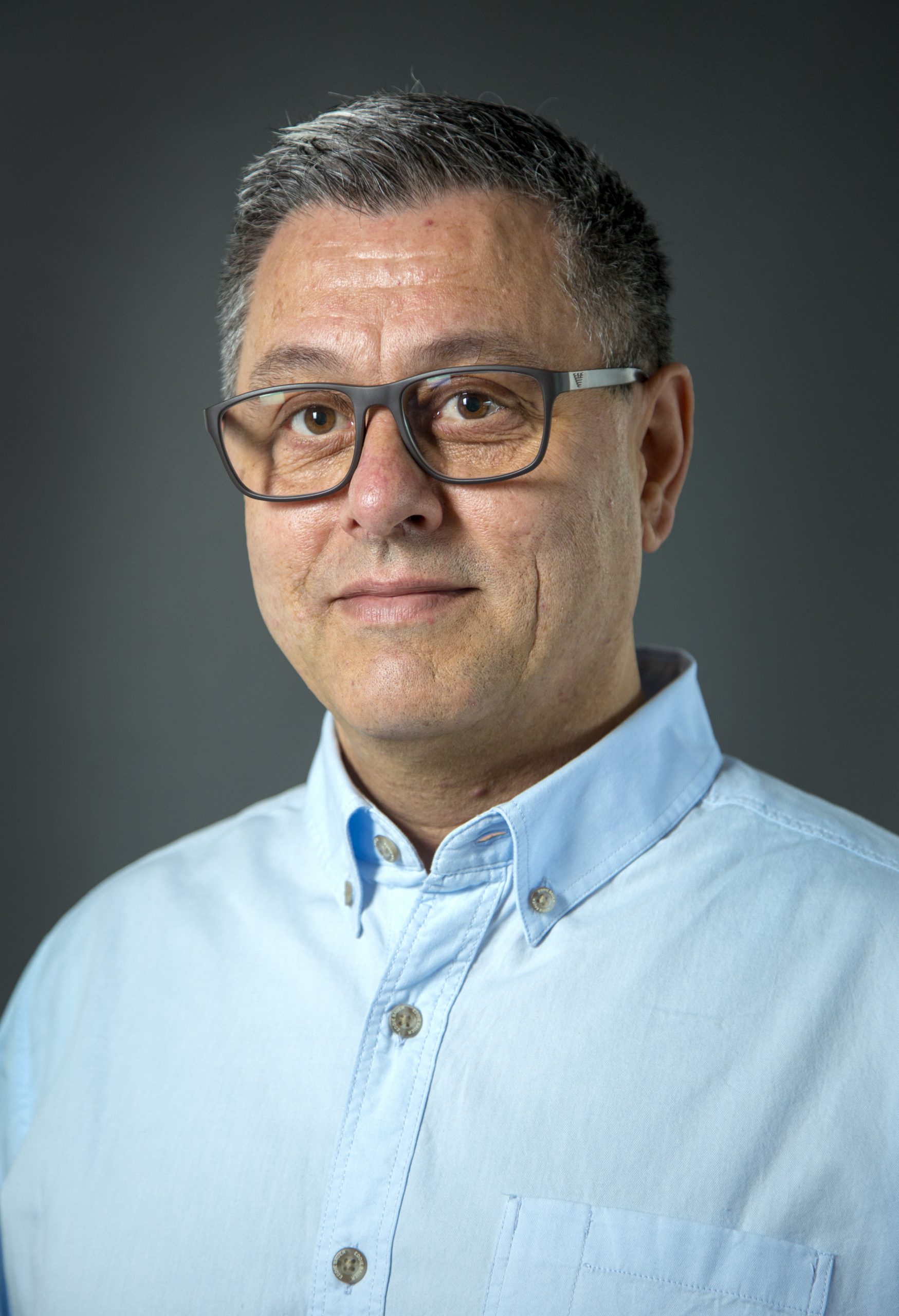 Our current fieldwork takes place at Oldupai Gorge, Tanzania, one of the most important paleoanthropological locations in the world and a UNESCO World Heritage site. We focus on Oldupai site clusters dated 1.8 to 1.3 million years ago, a time period traditionally considered to represent a key transition in humanity, from the Oldowan to the Acheulean. Our research is grounded in cutting-edge field and laboratory techniques to reconstruct environments and diets. To accomplish our goals, we employ use-wear analysis, analytical chemistry, phytoliths, starches, macromolecules, and stone tool residue analysis under both low and high magnification microscopy.

Once occupied by Homo sapiens 17,000 years ago

Olduvai Gorge is a common misspelling of 'Oldupai Gorge'

It was once a lake, and got covered by layers of volcanic ash

Dr. Julio Mercader Florín is an Associate Professor in the Department of Anthropology and Archaeology, University of Calgary. He is a Research Associate with the Smithsonian Institution, the Max Planck Institute for the Science of Human History, and a former Canada Research Chair. 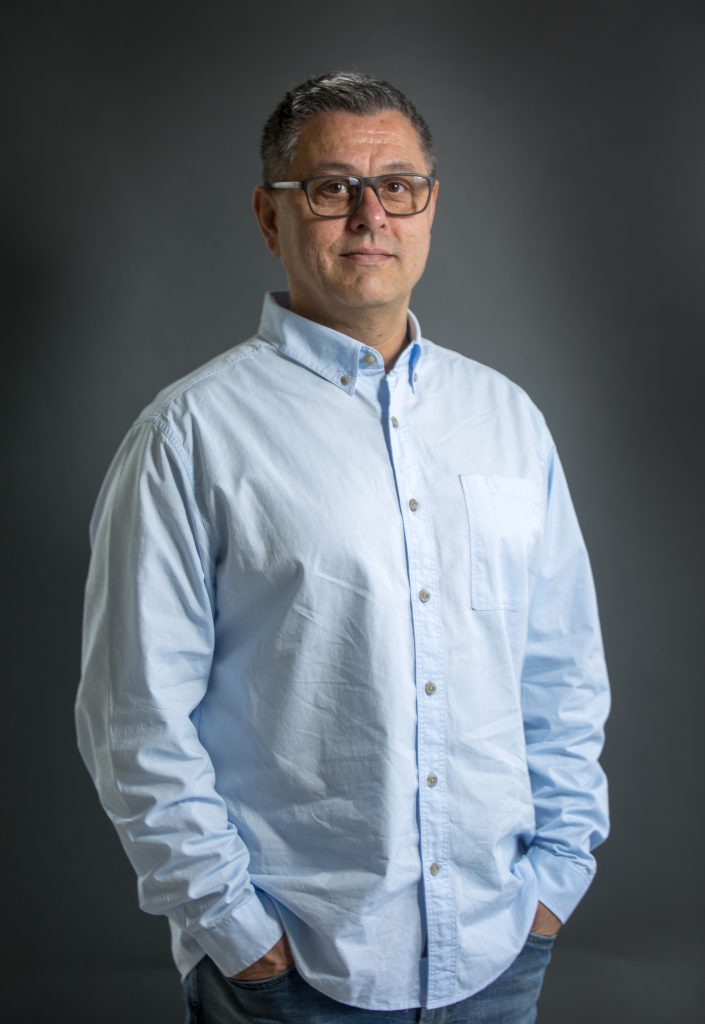 Our team has conducted many control experiments to understand the preservation of organic remains and sources of contamination that could lead to false positives in both the lab and field. Analyses include residues from natural clasts, airborne contaminants brought by human activity, particles displaced by excavation personnel, as well as sediment and soil controls. To prevent contamination, we excavate inside a mobile clean room unit with filtered air and laminar positive pressure. Because our research seeks to understand the function of stone tools, we deploy residue analysis protocols for newly excavated lithics, follow a techno-typological classification, petrographic characterization, and provenance sourcing systems to achieve a holistic understanding of lithic technologies through time and space at Oldupai Gorge.

Gas chromatography and isotope ratio mass spectrometry are two analytical techniques we use to reconstruct ancient environments. Normal (n-) alkanes are plant biomarkers that form leaf lipids with various carbon-hydrogen chemical bonds which are resistant to biodegradation in sediments over geologic time. These molecules serve as proxy measures of the continental vegetation that synthesized them as the isotopic contents of environmental carbon and hydrogen incorporated during plant biosynthesis can be measured to understand changes in water availability, vegetation communities, precipitation or aridity, evapotranspiration of leaf and soil moisture, and the relative abundance of C3 and C4 plants in response to climate changes.

Another analytical technique utilized is Pyrolysis gas chromatography mass spectrometry. Organic macro-molecules (formed by combination of smaller molecules) can be identified from archaeological residues through thermal fragmentation at high temperatures (pyrolysis). These compounds are separated by gas chromatography and identified by use of a mass selective detector in conjunction with a database library. This technique has been used extensively in the molecular characterization of both modern and fossil tissues and is allowing us to understand the chemical preservation of stone tool residues.

Finally, S.D.S. is also creating a biologically available isoscape of Northeastern Tanzania. This map divides the landscape based on ratios of 87Sr/86Sr found in plants that incorporate the strontium isotope signature of the environment in which they grow. Because these plants are then consumed by herbivores, they too incorporate the strontium signature of the environment they inhabit. Extrapolating this to the past, this map, once completed, can be used to trace the mobility of hominins and contemporaneous animals recovered at Oldupai Gorge.

Phytoliths are particles made of silica released into the environment during the decomposition of plant matter. The goal of phytolith analysis is to extract these particles by sieving, drying, deflocculating, and digesting unwanted fractions to conduct a sequential density separation. To understand the relations between specific phytoliths and taxonomic identification, our inferential baseline will be based on the statistical analysis of local phytoliths from plants and soils. Phytoliths can then be compared with isotope data to reconstruct past plant landscapes and the environments Oldupai hominins lived in.

With starch analysis, our goal is to extract granules from the biofilm preserved on tool surfaces as a result of ancient food manipulation. The method follows a sequential approach that includes spot, edge, side, and complete piece treatment in ultrasonic bath to dislodge residue that is then dried and divided up for several analyses. The protocol calls for physico-chemical extraction, floatation in heavy liquid, mounting for microscopy, counting, and identification through comparison with our large, African reference collections. We conduct controlled studies on these granules to understand how various environmental and temporal factors impact the integrity of the granules. This is important referential work that will better allow us to understand the starch granules we study from archaeological materials from Oldupai Gorge.

The SDS project is building sustainable and productive relationships with the local Maasai population of Oldupai Gorge. Our partnership focuses on establishing links with the Maasai especially curtailing a history of miscommunication by instituting knowledge exchange between researchers and local communities. Furthermore, the project features an ethnographic component that investigates everyday life experiences in the area, and analyzes the impact of scientific research in the Gorge. Based on the Maasai’s desires to join in the projects archaeological digs, SDS will be facilitating collaborations of mutual benefit. This summer, there are plans for a cooperative excavation of a former homestead in a project that will be planned, executed and guided by local Oldupai Maasai. The project is also investigating the impact of climate change in the deep past, while still discovering ways to lessen the impact of contemporary droughts that the Maasai are currently facing. Our entire team makes every effort to make paleoanthropology both more relevant and beneficial to those who live where we do our research.

Thank you to our sponsors and partners!